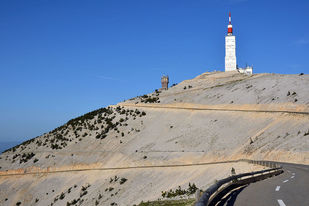 SUMMER SMILES AT LONG LAST! TRAINING FOR MY BIG EVENT.

By Sinead_KennedyJuly 5, 2020October 8th, 2020One Comment
Anyone who knows me will automatically just ask  “what are you training for this year?!”
Like bread and butter, it’s just the way it is.I have always wanted to cycle Mont Ventoux – the Giant of Provence- in France. It’s a very iconic climb for cyclists that is famous for Mistral winds and lots of exposure. It’s steep of course, that goes without saying.  So naturally I want to go there and cycle it. That’s what holidays are for!Flights booked, 3 pals I convinced to join me and training plan in hand. June 2018 is finally here and we are getting ready to go. Just a couple of  weeks away now from my epic climb I am so happy that f the weather finally has cut us all a break and the sun is here. It was so hard training in the winter, it was never ending this year.

Did I mention we are cycling up the mountain THREE times in one day? No I didn’t think so!! Ok so why you may ask? Well we decided to go to the area to cycle and take in Mont Ventoux. It has been on my bucket list for some time.  As we researched the area and the climb it became apparent that once just won’t cut it in the hall of fame. (That’s the hall of fame in my head!) I guess it’s like people doing an Ironman because a marathon just isn’t enough.

So there it is. Our challenge for 2018 is to summit Mont Ventoux from the 3 sides in one day. Thus becoming a member of the very prestigious  Club des Cinglés du Mont Ventoux.

Thats 137 km and 4000 meters gain.
​We have 24 hours to complete the treble. Technically you could go for a snooze between each summit or have a dinner break. How we tackle it on the day really depends on the weather. That will decide a lot for us. It could be a non runner or we may have to abandon mid way. Fingers and toes crossed that the sun shines and the wind is light. I have a little brevet card that I need to get stamped along the way, a badge for my bike, a crystal guardian Angel from a friend and of course my travel Snoopy that goes absolutely everywhere with me.
Sure what more do I need?
Maybe some rocks in my pockets for descending. Being light has its advantages on the way up but on the way down the wind can play havoc when your little like me.Mont Ventoux is an old volcano so it’s bleak above the treeline. There is the mistral winds to contend with which apparently they have a mind of their own and the weather can change instantly.  Then there is the monument to cyclist Tom Simpson we have to cycle past. He died there during the Tour de France in 1967. He was the undisputed leader in the British team on the Tour de France,  when he collapsed and died on Mont Ventoux aged just 29.  It was deemed to be heart failure caused by exhaustion that killed him. However a post mortem revealed he had taken large doses of amphetamines and alcohol (Brandy.) Simpsons last words were reportedly “put me back on my bike.”
>>>>>> Follow my trip on Instagram<<<<<<<< 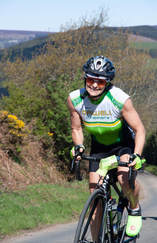 So no, I won’t be taking any substances to help me up the Giant, (well that’s not strictly true.) I won’t be taking any hard core substances let’s put it that way.  I do sometimes take a painkiller and caffeine tablets. I also take an asthma inhaler which I do actually need. Chris Froome needs one too and he’s a pro! Alcohol- nope, I gave it up over 18 months ago and to be honest it is the best thing I have done for myself. Training or no training.
Its funny how Irish people question that decision! Cycling up a mountain three times in one day is a little nuts I grant you but giving up alcohol? Well clearly that is just barmy and I obviously need my head examined! I don’t miss it at all and my cycling has improved no end.
So two weeks out from my big event. I feel excited, nervous and little panicked that perhaps I haven’t done enough training. That’s always the way. You just can’t train for those sort of climbs in Ireland though Kippure in Wicklow has become my second home of late. Thankfully however the weather the last month has been great. I am getting acclimatized to the heat on climbs and the cool breeze of descends. Also getting enough salt and electrolytes into me has been a challenge. I sometimes find on long spins that I just don’t pee. I am guzzling water but there is no waste. Not a good sign. You can’t cycle dehydrated. You can’t do anything in fact! 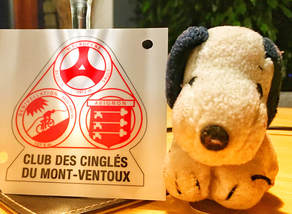 So the plan for the next two weeks is basically getting in one final, chunky, hilly spin. So back to Wicklow for Sally Gap and all our other favourite climbs. Then it will be tapering, relaxing, eating good food, keeping the legs spinning but nothing too hilly. Lots of sleep of course and a massage. Might have to have a facial too because I need to look good in my pictures naturally.

I am really looking forward to packing all my cycling bits, I am a pro at travelling light. My little Snoopy is all set for another epic trip of a lifetime. He did the Alpe d’Huez with me in 2017. I love having a little mascot. He will be on my handlebars and when the going gets tough I will talk to him!

So that’s the next few week ahead for me. Hopefully a bucket list tick, a new achievement, and a story to bore everyone with. Lots of photos and memories that I will cherish forever. I love travelling, I love cycling and I have brilliant friends who are as mad as me for adventure and pushing ourselves out of our comfort zone. So watch this space for an update late June. Growth happens outside our comfort zone but I have a feeling this will be more of a character building trip! 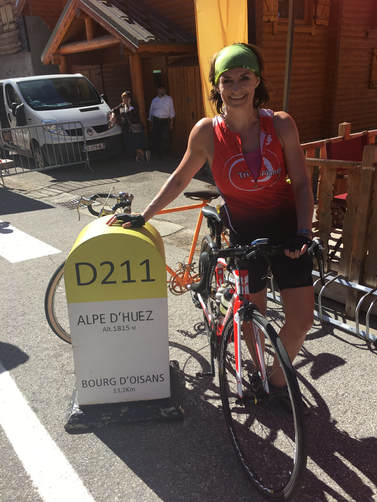 About the Author:
Sinéad Kennedy is a Physical Therapist, Yoga Siromani and Pilates Instructor, based in Rathfarnham, South County Dublin. She treats and teaches people from all walks of life, including many athletes, especially cyclists, runners & golfers. Featured in the Irish Independent, FIT Magazine, her Yoga 4 Cyclists class has gained notoriety.
A keen cyclist and proud member of Orwell Wheelers she has completed numerous cycling events including La Marmotte Sportive. She is currently training for Mont Ventoux Cingles, June 2018.  Sinéad has also completed 3 Dublin City Marathons, numerous Adventure Races and Half Marathons.