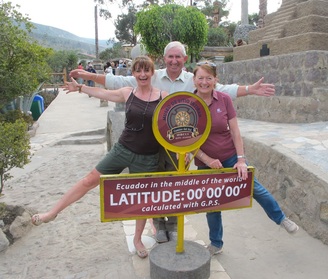 How is it some people look younger beyond their years while others looked haggard long before their time?

Obviously genetics and lifestyle are a huge factor, we are a product of our environment after all. However, with all the medical advances, anti aging creams available to us, surely we should all be looking younger than our chronological age? How is it some grandparents are parachuting out of planes? Going back to college, taking up exciting hobbies while others are getting grayer by the day?Preparing for our golden years for most us means saving up and paying off the mortgage. However, there really is no point arriving at your retirement party in bad shape. I don’t just mean overweight, I mean medicated to with in an inch of your life! Dependent on different coloured smarties daily, one for blood , one cholesterol, one this, one for that.
The key to growing old gracefully is not found in a jar, a pill or a in a surgeons knife. Alot of it has to do with PMA. 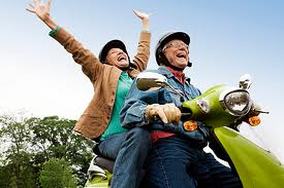 Is it really as simple as that? Could a simple change of mindset really keep you young and agile. While life sometimes unfortunately throws an unexpected illnesses or the occasional curve ball, for most of us nowadays we expect to live to at least 75.

We have all heard the expression “prevention is better than cure.” However, how many of us actually think about it. Our body and mind will age, that is certain but, at what rate? Can a Positive mental attitude really prevent premature aging? I think it can. I feel it plays an important role in our belief system about ourselves.

I worked for a year on the Cruise ship, Oceania Nautica, it was here I had my first real hands on experience of working with mature clients. Sure, I had grandparents but their job was spoiling me! The cruise ship passengers were mostly aged 58 plus. Every new cruise would see a fresh batch of mature people, some spritely and others hanging on a by thread. Yet when I spoke to them it was often surprising who was older than who. The division was split, 70:30 usually. 70% were on the cruise to be old, 30% were on the cruise to have the trip of a lifetime.

Overweight, sedentary job, poor diet, lack of motivation, raising kids, no time, the list of excuses was endless. Really endless! Yes some of them had had serious illness along the way but for the most part, they were all able bodied.  Right beside them were people older than them who could run rings around me! They on the other hand had made time, had not let ties of family life slow them down, infact they had activity days with their kids / grandkids. Having sport/ play time in their life was just part of the norm. It showed. Their skin was glowing, they had a bounce in their step, they were less stressed, happier people to chat with. They had numerous stories to recount and fond memories of activities. The others, well in comparison, they were kinda dead already.

Some of them were hanging on to the handrails for dear life, even when the ship was still in port and barely moving, these are big ships with stabilisers remember. Getting up, sitting down all were a problem, naturally we slow down as we age, but really, to a snails pace?? There are people out there running marathons in the their 70’s, who beat my marathon time by the way. Why is some had become so slow and fragile?

Talking with them, some believed they were old. Really and truly, they mentally adjusted their body to act old. It was pre conditioned into them that this is how you are after a certain age. This is how their body should behave. Bent over, fragile, frail, sick, aging,  even their clothes were too old for them. Telling themselves “they are past it.” “I can’t do that.””Time is not on my side” were all expressions I heard countless times.  They had waved good bye to their youth and embraced old age with two full hands. Their whole mind set screamed at them ” I am now old.” 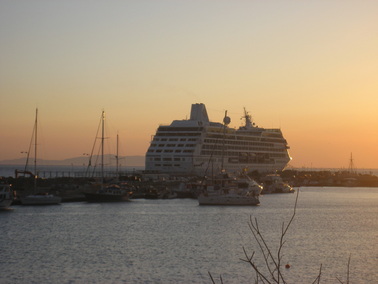 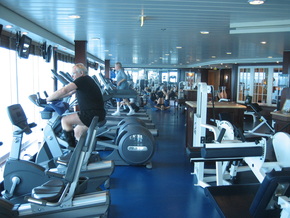 On the other hand, the spritely, silver haired go getters, were the complete opposite. They embraced their retirement and saw its a time for ticking off the bucket list. (Funny how the two types were on the same cruise, same itinerary having completely different holidays). They wanted adventure, romance, activities, fun and as much sightseeing as possible. A real can do attitude.  They believed having  worked hard all their life,  this was there time to enjoy life. They owed it to themselves and were happy to spend time and money pursuing lifelong dreams. They saw themselves as retired from work but most definitely not from life, free to do anything. The kids had grown up and gone, they had a retirement fund to enjoy, they had grandchildren who they loved to talk about and spoil. A legacy from a rich and busy life. It was definitely summer and not  winter for them. Their mobility was by far much more youthful than the other group. They came to the fitness classes in the gym, would be fighting for treadmills each morning, embraced  our daily outdoor “walk a mile” on the walking  track around the deck. Happy to participate at their own pace and have a little healthy competition on the shuffleboard.

They exuded PMA, they had absolutely no intentions of slowing down for anyone. Infact I don’t think it even occurred to them that slowing down was an option! 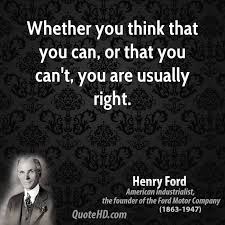 So how do you adopt a Positive Mental Attitude?
Well let’s be honest, it’s not something that you can just switch on, suddenly decide to be positive. What if your going through a really tough time? It’s kinda hard to see the light. Changing the habit of a lifetime doesn’t come easy if you are inclined to see the glass as half empty.Catching yourself being negative, awareness of your thoughts/ mindfulness is the first step. You can even go to classes to teach you to be mindful. It’s what you do with those thoughts when you catch them that counts. Do you continue to complain, moan, argue, spiral into more negative thoughts? Or do you stop, shake yourself off and decided to change your outlook. Remember you are in charge of your reactions, only you can stop reacting negatively.Surround yourself with positive people, misery loves company but so does positivity! Misery is gray, positivity is bright and electric, which would you rather? Music is a great example of how we can be easily affected by low vibrations, sad songs, lamenting, droll, who wants to dance to that!? Put on a bit of rock and roll and see how quickly your feet start to tap! People exude a vibration too, we are drawn to happy people.

Plan ahead, do you have a bucket list or are you just hoping to make to the end alive? What do you want to look forward to?

Exercise, movement, mobility, flexibility, healthy diet  all equate to longevity. Healthy body, healthy mind! Who wants to be able to look after themselves in later life? Dress yourself? Of course you do, keep your body moving. My great grandmother used to knit to keep her hands mobile even with chronic arthritis in them. She knew if she stopped she would suffer.

Stand on one foot and close your eyes! What’s that got to do with PMA? Try it? I bet you start to laugh. Not only that, we need to improve our balance and challenge our body. Good balance means less falling over! Less injuries and more time for fun.

Life is short enough, so why make your retirement years a burden on yourself and your family. Which side of the cruise ship do you want to be on? The side watching the world sail by them, afraid to step ashore and live, or the other side of the boat pushing past them to get off and explore, cameras and binoculars at the ready?

My Parent and I recently had a great time in Ecuador.
No stopping this pair! Looks like I have good genetics.

Sinéad
About the Author:
Sinéad Kennedy is a Physical Therapist, Yoga Siromani and Pilates Instructor, based in South County Dublin. She treats and teaches people from all walks of life, including many athletes, especially cyclists, runners & golfers. Recently featured in the Irish Independant, FIT Magazine, her Yoga 4 Cyclists class has gained notoriety.A keen cyclist and proud member of Orwell Wheelers she has completed numerous cycling events including La Marmotte Sportive.  Sinéad has also completed two Dublin City Marathons, numerous Adventure Races and Half Marathons.